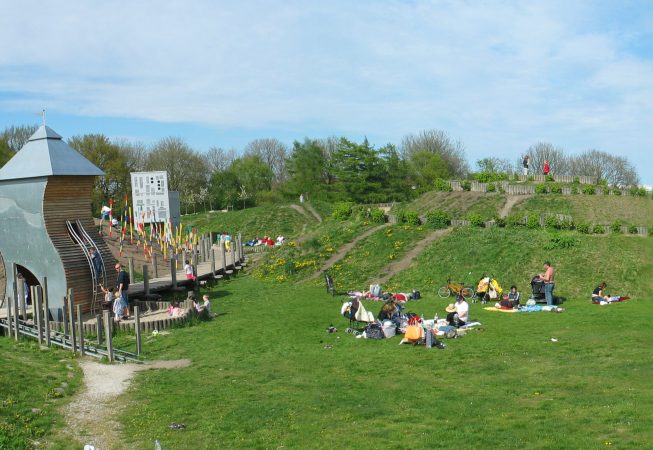 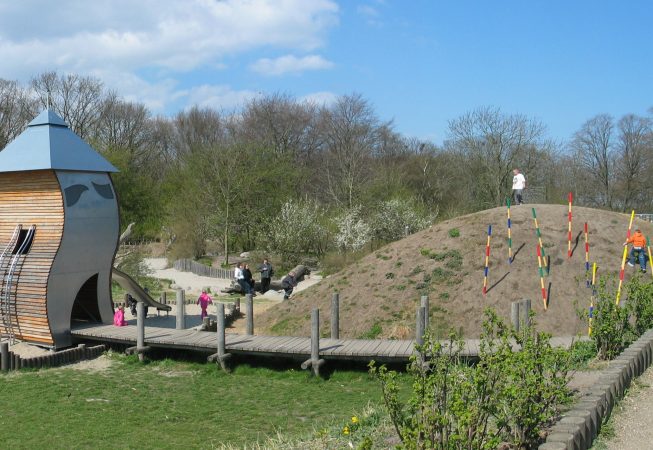 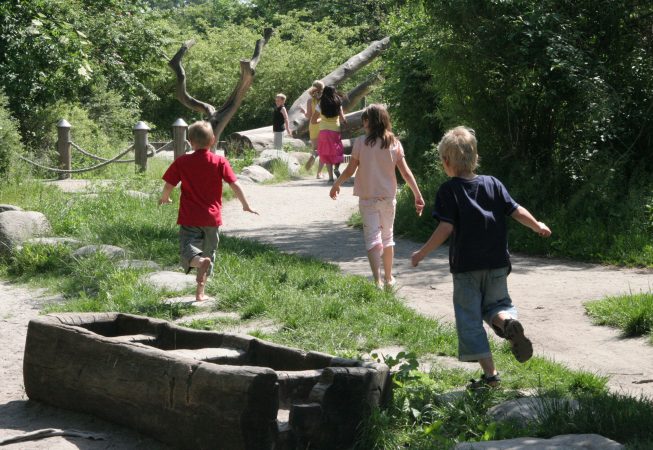 Valbyparken is the second biggest park in Copenhagen. From 1994-2004 it has been totally renovated. A 1 km long avenue was planted across the park and a support area has been laid out with water holes, meadows of wild flowers and hills. In 1996, when Copenhagen was European culture city, 17 circular theme gardens were constructed.

In 2001 a 20.000 m2 natures playground designed by Landscape Architect Helle Nebelong was opened to the public. The constructions work was a project for the unemployed.

The playground’s most important elements are:
The original woodland, the new hills and the wide stretch of meadow outside the playground.
The plan is made up of organically formed elements: A large area with sand and gravel, small green islands, winding paths, a village of woven willow huts and plaited fences, an area with wild flowers and a very big snail-shaped mound with a path spiralling up it to a look-out point. The whole playground is pulled together by a circular 210m wooden bridge, which “floats” ½ meter above the ground. The planks in the bridge are from the many elm trees, felled in Copenhagen due to Dutch elm disease.

Landscape Architect Helle Nebelong worked well together with four students from Denmark’s design school. They designed six towers for the playground of which five were constructed. The towers are placed as precise points on the circular bridge. Each tower has its own theme: The light’s tower, The wind’s tower, The green tower, The bird tower and The tower of change.

The ambition is that the playground should become a good alternative to the many commercial amusement parks, which are appearing everywhere.